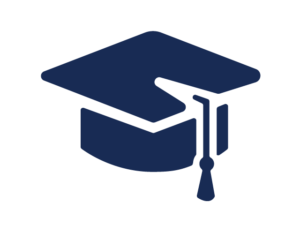 The Academic Group (Academic), a reciprocal insurance company, recently released a notice to its insured physicians announcing the malpractice insurer will officially levy a premium assessment, or an additional premium charge, to its insureds at some point in April or May of 2018.  This assessment could be as much as 100% of a physician’s annual premium charge.

A reciprocal is an insurance company owned by its policyholders who are ultimately responsible for the company’s liabilities. Academic, a New York admitted insurance carrier formed in 1991, was created to provide an alternative to New York teaching physicians who do not have the same “risk profile” as physicians who are engaged exclusively in clinical practice. The basic premise was that teaching physicians were a lower risk to insurance companies and therefore should pay lower malpractice premiums.  As a result, Academic charged insured physicians approximately 30% less premium than other admitted insurers charged for a full-time clinical physician.  Since Academic is a reciprocal insurer, in order for coverage to be bound, policyholders were required to agree to the Academic Insurance Policy and Subscriber Agreement.  In the Subscriber Agreement, policyholders agreed to the possibility of a premium assessment which is capped at 1x an individual physician’s insurance premium.  The purpose of such an assessment is to supplement any premium shortfall.

Unfortunately for Academic and its insured physicians, it was determined that their actual loss experience was underestimated for several years which resulted in insufficient premium collections.  This fact and the recent departure of the majority of the Stony Brook affiliated insureds,  a significant portion of Academic’s insured population,  put Academic in a difficult financial position. Simply put, losses were exceeding the amount of premium being charged and there is less money coming in each year to make up for it.  Academic’s Board, with the approval of the New York State’s insurance regulator, determined that insured physicians must pay the assessment in order to make up for the premium shortfalls and to continue to “assure their continued viability”.  While the specific details of the assessment are still unfolding, Academic will officially levy all current and past policyholders (including those terminated less than a year ago). Physicians in this difficult position can take some solace in that Academic is considering scheduling these additional payments over a period of time to mitigate the increase.

While a number of New York Insurers require physicians to sign a Subscriber Agreement, it is important to read it carefully.  Unlike Academic, the Subscriber Agreement with Coverys RRG, MedPro RRG, Proassurance RRG, and TDC RRG do not have any premium assessment requirement. This liability has been removed from the physician and assumed by the parent companies; each has well over $1 billion in policyholder’s surplus.  It is also important to note this situation would not occur to MLMIC insureds.  MLMIC is a non-accessible mutual company that does not require a Subscriber Agreement and has over $2.2B in policyholders surplus (MLMIC 2017 Annual Report).

New York physicians have heard stories like this over and over again.  Last year, Oceanus RRG was liquidated leaving its members without insurance and unanswered questions regarding open claims and claim payments.  When making a malpractice decision, it is important to look at every factor.  Sometimes, when things appear too good to be true, they are.

Sorry, the comment form is closed at this time.